Jurupa Valley is a city in Southern California where the West’s Old World charm is alive. San Bernardino County surrounds the town to the north and west, Riverside to the south and east, and Eastvale to the west.

Like many place names in Southern California, “Jurupa” is derived from the language of the native people who called this area home long before European settlement. While no one knows for certain what Jurupa means, it most likely derived from the Gabrielino word for California Sagebrush. The Gabrielino inhabited the Los Angeles basin and the Channel Islands. While they called themselves Tongva, Spanish missionaries gave them the name Gabrielino because of their association with the Mission San Gabriel Arcángel.

Jurupa Valley is located where the territory of the Gabrielino met that of the Serrano (Taquatam). That group historically lived in the San Bernardino Mountains and other parts of Southern California, including the Mojave Desert. The name itself translates to “highlander.”

Spanish rule in the area ended in 1821 as a result of the Mexican War of Independence. It was subsequently part of Mexico until the territories were ceded to the United States in 1848.

The people of Jurupa valley have been carving their place in the world even before the earliest settlers from Europe arrived in the 1870s. Over time, small towns arose as development occurred, including West Riverside (later Rubidoux), Glen Avon, and Wineville (later Mira Loma).

Cityhood was discussed many times over the years and voted on once before in 1992. However, these efforts were not successful until a special election was held in March 2011.

In that election, over 50% of voters voted to become a city. On July 1, 2011, Jurupa Valley was officially incorporated.

Jurupa Valley is home to about 106,000 people and has forged its place in Southern California culture.

With the 2011 incorporation, Jurupa Valley is poised to enjoy enhanced police services and better city planning and zoning. The community enjoys many government services that came with the change.

Two transportation corridors connect Jurupa to the rest of the United States: Interstate 15, which runs north and south; and State Highway 60, which runs east and west.

The economic activity in the area near these highways spurred growth, and now the city has enhanced capacity for residential and commercial expansion. Despite this growth, the town has somehow maintained an Old World charm. It is horse-friendly, and horses are still very much a part of the locals’ everyday lives. They are part of the local commute, and many shops sell hay and other related supplies.

While the city was traditionally viewed as a place for people who wanted to place their roots in a more laidback community, in light of the suburban development, the city is also moving towards another goal. It has become the ideal destination for businesses who want to relocate operations, especially those in the finance and logistics industries.

Long before its incorporation, Jurupa Valley had a reputation for being a city of equestrians. Horseback riding remains a popular pastime. Visitors who want to experience the area’s horse-riding trails will be treated to a magnificent view of the local wildlife area along the Santa Ana River.

The river corridor on the city’s outskirts is also a popular destination for people who love the outdoors. This is the valley’s main draw. It is a jumping-off point for those who want to enjoy the Santa Ana River Trail, which, upon completion, will extend the entire length of the Santa Ana River from the mountains to the ocean.

Jurupa Valley is also home to the Jurupa Mountains Discovery Center, which offers an array of outdoor activities for the entire family and displays sculptures of prehistoric creatures such as dinosaurs.

It’s also home to the Ruth and Sam Kirby Earth Science Museum, which includes a remarkable collection of fossils, Indian artifacts, and minerals on display. Gardening enthusiasts will appreciate a visit to the Granite Hills Nursery.

In addition to 40 public parks, there are also FIVE golf courses in Jurupa Valley.

The Jurupa Area Recreation and Park District, a separate community services district, manages the neighborhood and community parks within the city. It provides a full range of activities for children, youth, and adults within its borders, including recreation classes, sports programs, and special events.

If you have never visited Jurupa Valley, it’s a great place to see. Check out our Community Link for more information on this fantastic newly incorporated city. 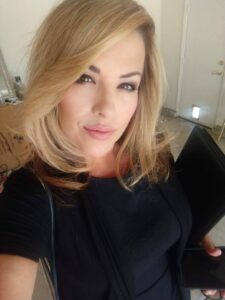 April is the owner of Wow Your Brand. She works hard to provide excellent service for her clients and loves working with Jurupa Valley Chamber of Commerce and the Jurupa Valley community. In her spare time, she loves to write and is a published, best selling author of 70 fiction novels.

Please complete the form, and we will contact you about speaking at one of our events or hosting a mixer.